Karl Anthony is a musician whose career has spanned more than three decades and taken him all over the globe, and he’ll be performing at our center, August 26th at 7 pm! His performances feature a synthesis of eastern and western musical styles, such as the infusion of kirtan call-and-response chants, These are mixed in with a little acoustic rock and Karl’s amazing story telling. 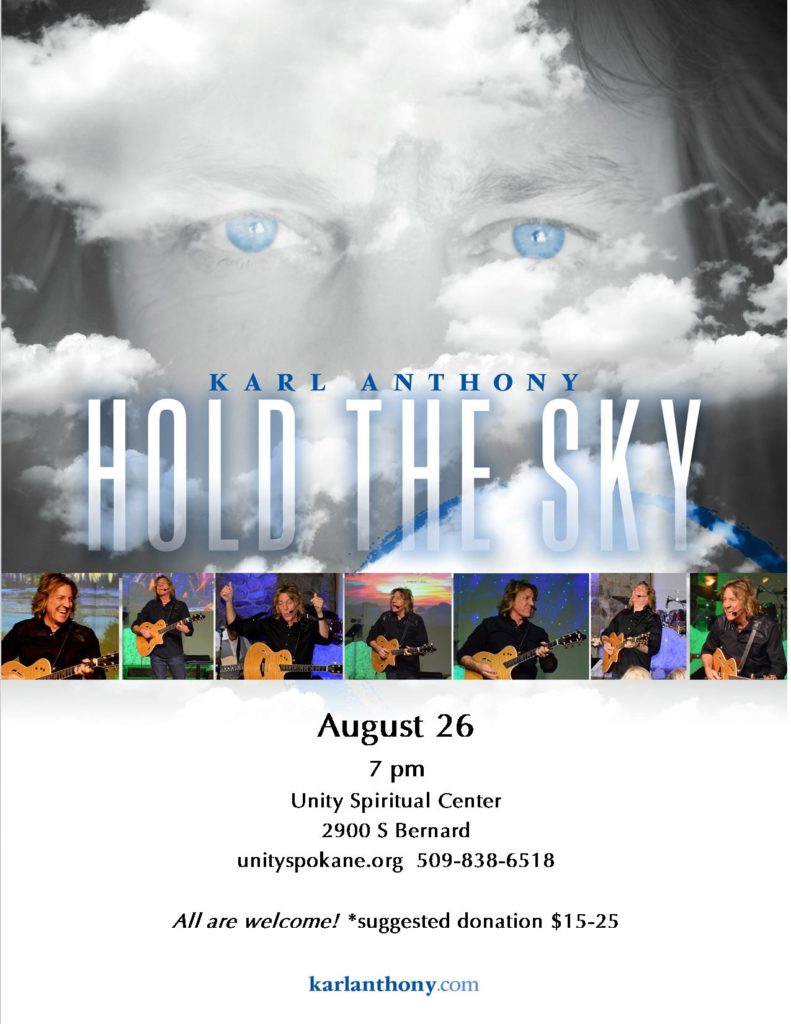 Rady’s Children’s Hospital is where Karl Anthony sings when he is not on the road touring. He became part of the hospital’s Healing Arts Department where he and other artists work closely with hospital staff to facilitate the very best supportive conditions for whole and proper healing.

A child once told Anthony that receiving chemotherapy was like having an earthquake inside him with the ground shaking from within. Deeply moved by the boy’s response, Anthony asked, “What do you do when the ground is shaking?” The boy’s reply was, “Hold the sky.” Anthony smiled and said to the boy, “Let’s write a song about that.”

He knew there was a powerful song in this young boy’s experience, and his new album, entitled “Hold the Sky,” debuting this month, features this title song.

Anthony has received several Gandhi/King Season For Nonviolence Peace Hero Awards for his humanitarian efforts and innovative music. Karl Anthony is a producer, songwriter and singer but more than that he is a facilitator of authentic connection with music.

Power SpiritGroups defined: A small group of people sharing their intentions with each other, one by one, week by week, using the […]

Rev. Jane spoke last Sunday about the emotional baggage we might still be carrying with us in our present lives: the hurts […]

I’ve been fascinated by the concept of minimalism lately. And I’m not alone. Our popular culture is talking about it too… Tiny […]