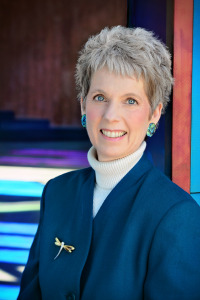 “Many people in prison for life or serving long sentences want to escape the violence they experience there.  Many want to move outside the defensive bravado façade that living in a prison engenders.  Many want to avoid becoming abusive themselves.

Jane Simmons, who began as co-pastor at Unity Spiritual Center in Spokane in April 2015, has spent 16 years offering Alternatives to Violence Project (AVP) training programs in prisons in her native country of Canada as well as around the United States.  Now she is offering classes to train others who may be interested in being AVP facilitators.

In a 20-hour weekend in February, Jane and two facilitators led 10 people in a basic workshop, the first step to becoming facilitators. Members of the congregation and her husband and co-pastor, Gary, were among the participants.

She hopes to offer the program in Spokane-area prisons, similar to the one being offered at the Monroe Correctional Facility.”

Every now and again, when I’m sitting in my office at home (I call it my “room for improvement”) I look up […]

This quarter, we are exploring greener investments. One of our board members, Susanne Croft, has been meeting with our investment manager, looking […]